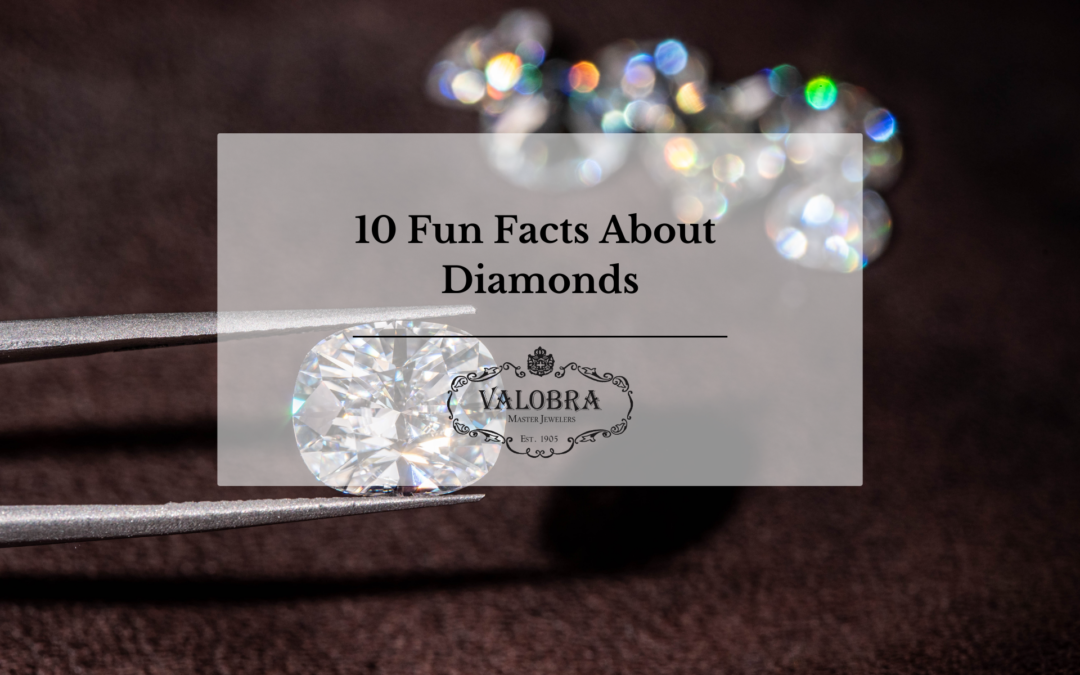 Diamonds are like fingerprints – no two are alike! And diamonds themselves are old – almost as old as the Earth itself! When you wear a diamond, not only are you wearing a unique piece of jewelry that is truly unlike any other, but you’re also carrying a piece of the world that has existed for millennia.

Fascinating, isn’t it? We think so, which is why we’re proud to share ten unique and fascinating facts all about these beloved stones!

As you can see, diamonds have a great deal of history behind them, and have understandably been treasured for thousands of years. When you own a diamond, you’re not only owning a piece of history, but a piece of the Earth that is a lasting testament to love and devotion.

Visit Valobra Master Jewelers today to see our extensive selection of diamond rings, including engagement rings, necklaces, earrings and more with a variety of unique diamond cuts and colors. Stop in today!