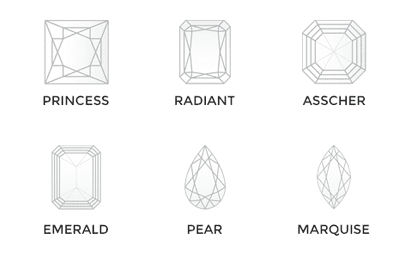 A diamond’s beauty is truly revealed when the physical diamond is cut and polished. Over the years, diamonds have been cut into many different shapes and sizes, and typically the shape or cut of the diamond is determined by the individual piece of material found within the earth.

The Round Cut Diamond is the most popular diamond shape, representing approximately 75% of all diamonds sold. Due to the mechanics of its shape, the round diamond is generally superior to fancy diamond shapes at the proper reflection of light, maximizing potential brightness. 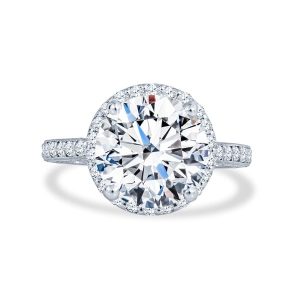 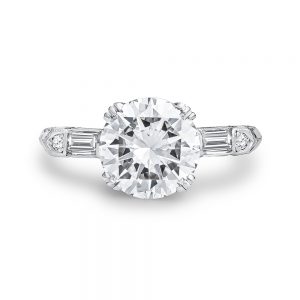 Created in the 1960’s, the Oval Cut Diamond is considered a modification of the round. Oval diamonds have the added advantage of an elongated shape, which can create the illusion of greater size. The slender shape can also make the finger of the wearer appear longer and slimmer, an effect often desired. 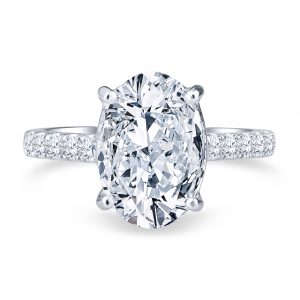 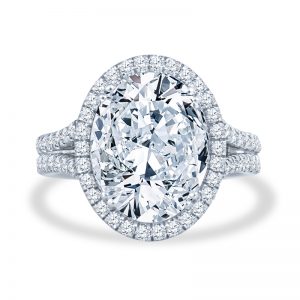 The Pear-Shaped Diamond is also considered a modified round with a tapered point on one end. The diamond is always worn with the narrow end pointing toward the hand of the wearer. Like oval cut, the pear-shaped diamond comes in a variety of slim to wide cuts and has the added benefit of making the wearer’s fingers appear more elongated. 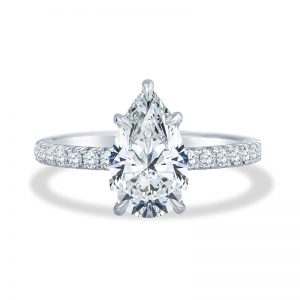 Hence the name, the Cushion Cut Diamond combines a square cut with rounded corners, much like a pillow. It is one of the few cuts that can be square or rectangular. This classic cut has been around for almost 200 years, and for the first century of its existence was the most popular diamond shape. Until the early 20th century, the cushion cut diamond was the de facto diamond shape. 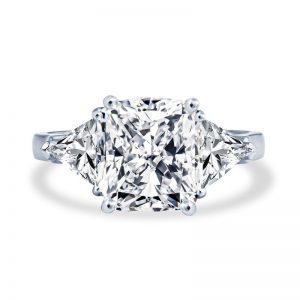 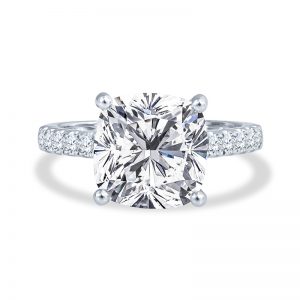 The unique look of the Emerald Cut Diamond is created by the step cuts of its pavilion and its large, open table. Emerald cut diamonds produce a hall-of-mirrors effect, with the interplay of light and dark planes. The long lines and flashes of light give the emerald cut an elegant appeal. The shape was originally developed for the cutting of emeralds, thus the name. 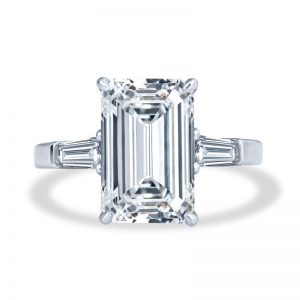 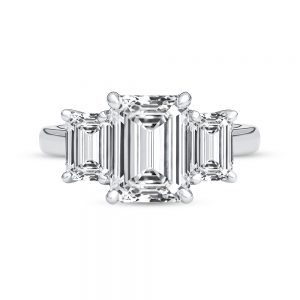 The Radiant Cut Diamond is the first square cut to have a complete brilliant-cut facet pattern applied to both the crown and pavilion, creating a vibrant and lively square diamond. Much like the cushion, the radiant can also be rectangular (or elongated). First popular in the 1980’s, the cropped corner square shape of the radiant looks beautiful set with both rounded or square cornered diamonds. 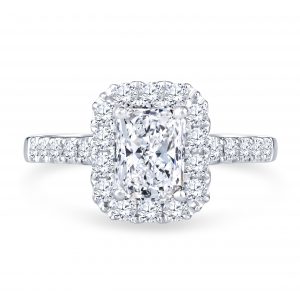 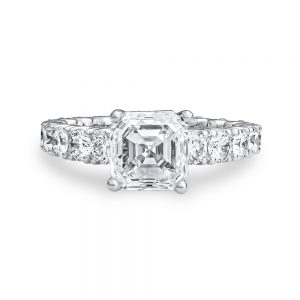