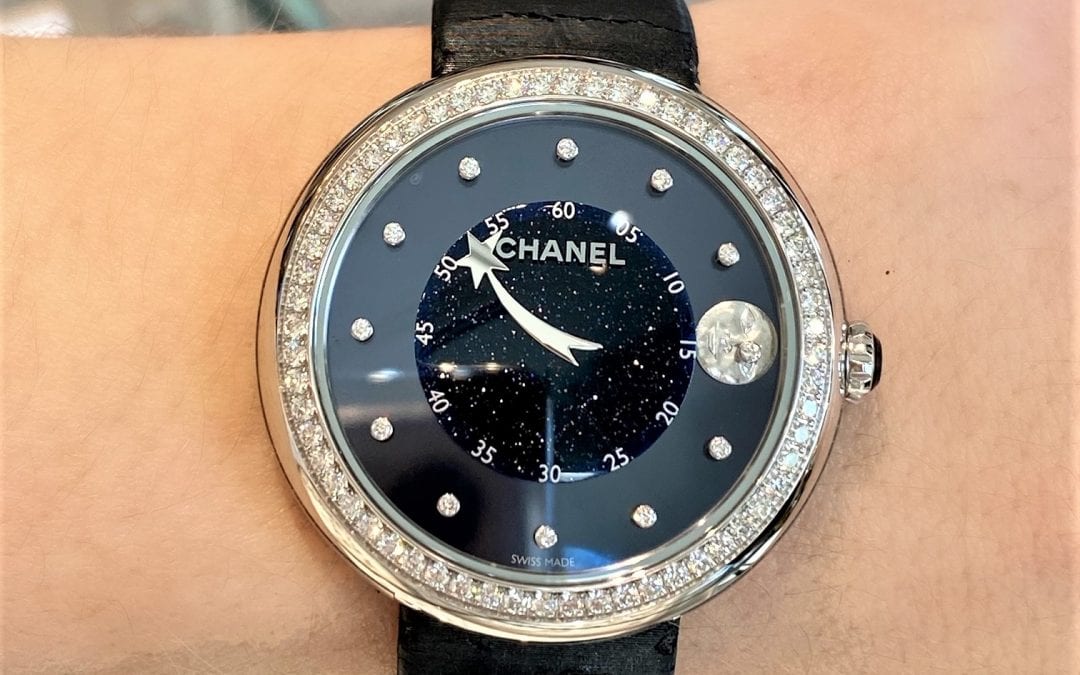 Valobra’s Watch of the Week

The Mademoiselle Privé collection honors Chanel’s artistic crafts houses by showcasing the expertise of its artisans. This watch, with its moon and comet motif, combines symbolic excellence with delicacy that pays tribute to absolute femininity.

Chanel first opened in 1910 in Paris by Gabrielle Chanel (1883–1971), who had picked up the nickname “Coco” working as a club singer. Over the next six decades, Coco Chanel became a pivotal designer of both fashionable wear and haute couture as well as an icon of 20th-century style with her bob haircut and pearls. After she died in 1971, the brand underwent changes including adding the famed fashion designer Karl Lagerfeld as artistic director in 1983.

Known the world over for its signature perfume, No5, the house of Chanel now offers a sensational range of haute couture fashionwear, eyewear, fragrances and beauty products. Its range of watches follows the design principles of its creator.