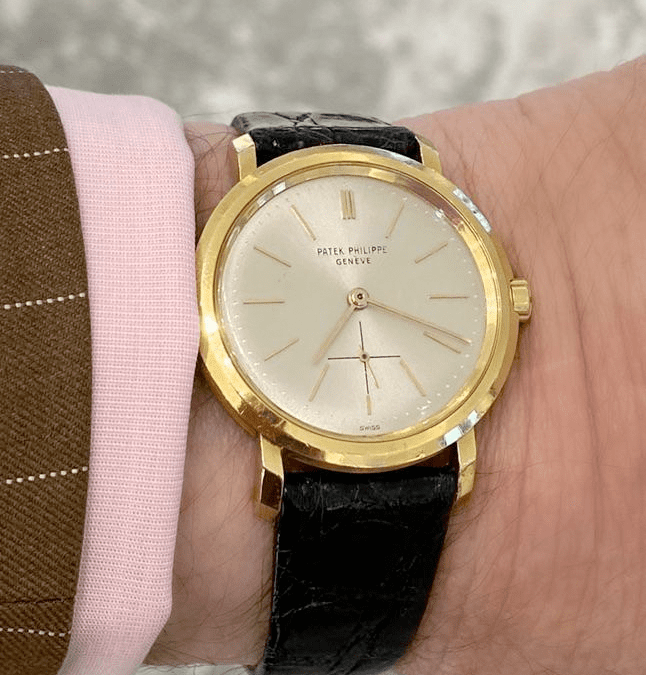 One of the finest symbols of the Patek Philippe style, the Calatrava was initially launched in 1932. Originally, the Calatrava was introduced to help the company pass through the Great Depression smoothly.
Swiss manufacturer Patek Philippe is one of the oldest watch manufacturers in the world with an uninterrupted watchmaking history since its founding in 1839. Avid watch enthusiasts, Sir Paul McCartney and the Dalai Lama are among the many collectors of Patek Philippe.

This will close in 0 seconds