Valobra Master Jewelers has been blessed to be recently introduced to a beautiful, courageous young woman named Cecilia Trevino. Our friends and fellow community supporters at The Arts of Healing met Cecilia (who goes by Ceci) through their partnership with The Sunshine Kids here in Houston. (If you are unfamiliar with either The Arts of Healing or The Sunshine Kids, we highly encourage you to learn more and see the incredible works they do for pediatric patients). 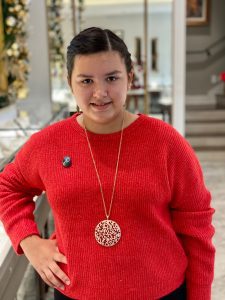 Ceci and her amazing parents, Jorge and Melissa, have since dedicated themselves to founding The Ceci Cares Foundation which raises money and runs toy drives for children at Texas Children’s Hospital. She has grown this organization by leaps and bounds since her first toy drive in 2019. 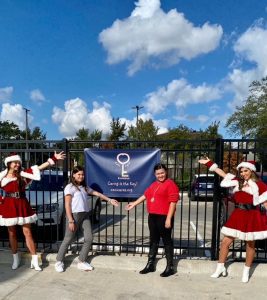 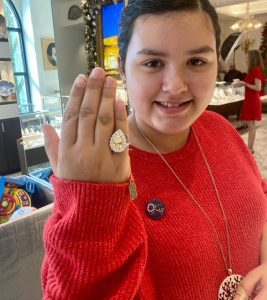 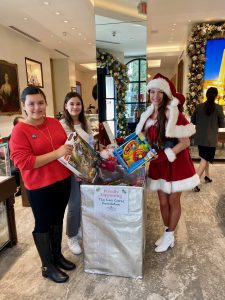 Ceci Trevino gave Franco a personal typed letter sharing her story as well as her heartfelt thank you. We wanted to share with you are letter……

“Hi, my name is Cecilia Trevino most people know me as Ceci, in 2018, I was treated for a brain tumor at Texas Children’s Hospital Main Campus. During my hospital stay, I was surprised by the love and care shown by family, friends, and even strangers. I am for grateful for all the prayers and good wishes. They work!

In 2019, I wanted to collect toys for kids who were being treated at the hospital, so I approached my parents asking for help on how to organize a toy drive so that we could bring a smile to the many kids going through a similar situation as I did. I started my collection at my school, St. Theresa, later reaching out to my family and friends. With everyone’s help, a donation of more than 350 toys was made to Texas Children’s.

My goal is for kids not to be sad or feel they are alone in their fight.

A good friend of mine Sofia Carson once told me, that the reason why God has us here on earth, is to help others! That is why my Foundation’s slogan is Caring is the Key! We need to care for each other.

Mr. Valobra, thank you again for everything, thank you for helping me and my friends this Holiday Season!”

For more information on The Ceci Cares Foundation and ways you can support, visit www.cecicares.org